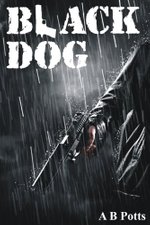 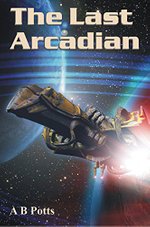 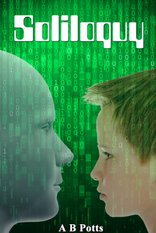 Created by an alien race, Kylem is a blend of blood and machine, an android made from flesh and bone. Designed to spy, it's his compulsion, and it's what he does best. It's in his blood and in his programming, and he can't fight those impulses to stick his nose into other people's business. With the aid of an ancient alien artefact, he travels through time and space, but the destination is never of his choosing!

Each book is a complete story and can be read as a standalone novel. The stories alternate between his two lives: that as an alien travelling the stars and that on Earth, following him as he grows and learns. With his two lives so closely entertwinced, each book has more than enough tantalising little threads to tempt the reader into the next book.

Fast moving, with numerous twists and turns, the first book beautifully tells the story of Kylem's beginnings as well as setting the scene for future tales.

All the books are available as eBooks or paperback via Amazon. 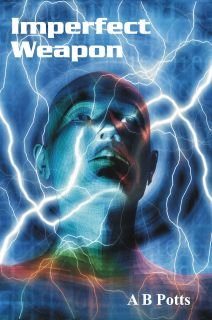 The Sallows are a xenophobic race hell-bent on the destruction of all other races. Once a strong and vital species, they have been devastated by disease and in-breeding. In response, they have created a race of androids to serve them, but with only seventy-three blood-Sallows left in existence, android numbers are far greater than their blood masters. Soon the Sallows may be extinct but that doesn't stop them from enjoying the sport of the kill that they watch from above.

Kylem is created to serve two purposes. Using Sallow DNA, he is part of the project to help rebuild the Sallow genome and recreate the Sallow race, but he is also supposed to be their perfect weapon—a Warrior android built to look humanoid so that he can infiltrate and destroy the worlds to which he is sent, but he is far from perfect.

His growth accelerated, he is a child suffering the normal pitfalls of adolescence, but without the wisdom gained by growing up naturally. Add to this his insatiable curiosity and it's enough to get him killed if he's not careful, but like any child, he just can't resist. With humanoid emotions to taint his logic and programming, he is discovering himself as well as his surroundings. He is asking himself which path he should choose. Is he a Sallow or is he humanoid? Whose side should he be on? Things begin to go even more awry when, unbeknownst to Kylem, his android side has created a computer virus that has infected his android brothers. Drawing them into sentiency, they begin to resent their blood masters. Now as flawed, ruthless and ambitious as them, a revolution is on the horizon! 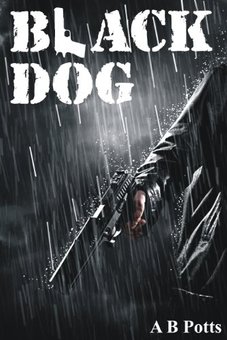 Kylem has arrived on Earth, but no sooner is he here than trouble is brewing.

It's 1976 and the city of Grimpton is home to the elusive British Intelligence Agency, Section 69. Headed by Paul King, its future is uncertain. The Cold War is coming to an end and perhaps Section 69 with it, but this is not King's biggest bugbear. That lies with his former schoolmate and local villain, Eddie Finn.

Grimpton has been Eddie's town for years. As far as he's concerned, it's his to rule and never mind Section 69 camped out on his doorstep. He knows King can't touch him; he's made sure of that. His big mistake, though, was picking on another old schoolmate, Marco Pitelli.

The three lads have known each other since they were kids. Known then as 'The Dock Boys', Finn, King and Pitelli grew up in the same street and were the best of buddies, so it's hard to imagine what different paths in life they would take.

King, desperate to be a spy, went into the army, Pitelli into his father's plumbing business and Finn into a life of crime.

Now Finn has a redevelopment plan. It could be worth millions but he needs Bell Lane for it to be a success, and Bell Lane is where Marco's shop is, but Marco won't sell. It doesn't worry Finn though. A little knuckle will sort the problem out, or so he thinks.

Marco just happens to be the guy that takes Kylem in when he has nowhere to go. Kylem doesn't like bullies and he doesn’t like Eddie Finn.

Drawn into the world of conflict that Eddie has created, Kylem soon discovers Finn's many victims and decides to set things right and, irresistibly drawn to Section 69, it's not long before things get really crazy.
Centring around their old schoolboy rivalry and the newly arrived Kylem, the three men are drawn back together to fight their final battle. 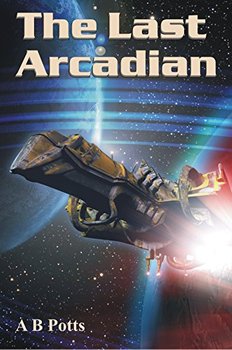 Kylem has settled into his new life on Earth with relative ease. He's found gainful employment as a spy with the elusive Section 69, has a family of people around him, a business to his name and plenty of friends to keep him company. All should be well in his world, but it is not. It doesn't matter which way he looks at it, he misses the stars from whence he came, and the Eunaba knows it. Seizing upon a rare opportunity, this alien artefact snatches Kylem away from Earth and unceremoniously deposits him onto Space Station Bren'Dar. He has no idea how far from Earth he is, or even when he is. He doesn't know anybody and he's penniless. He doesn't even have a pair of boots to his name—and he's lost the Eunaba! Stranded on Bren'Dar, Kylem must once again start from scratch, eking out an existence as best he can.

Captain Sebastian is a pretty obnoxious character of dubious reputation. He's a trader, but the legitimacy of his dealings is questionable at best. He is also a man with a dream. As a child, his father used to tell him about the Arcadians and the wealth they abandoned on their homeworld. He dreams of finding it one day, but with the Arcadians now an extinct race and the location of their homeworld long forgotten, he knows that's unlikely to happen … until he sees Kylem. With his blue hair and feline eyes, he looks Arcadian, and with his origins shrouded in mystery, Captain Sebastian becomes more certain that he's right.

Despite their instant dislike for each other, the two men form an unlikely partnership going in search of Arcadia. The Captain lusts after the riches the planet promises, while Kylem's only desire is to find another Eunaba to take him home to Earth. 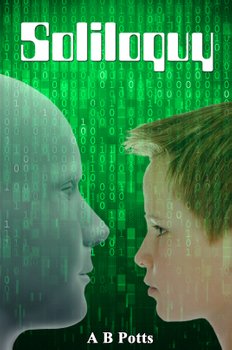 Employed by Section 69, Britain's most elusive intelligence agency, he usually fights the evil wrong-doers of this planet. At the moment, though, he's been grounded by his boss, Emily Prince, while she's away on compassionate leave. Filled with boredom from the endless mountains of paperwork thrust upon him, Kylem is desperate to get back out into the field, but there's no way his handler will defy Prince's orders.

Frustrated and still racked with guilt over the death of Coman, his Sallow brother, Kylem decides to spend some 'quality time' with his blood family. He hadn't been there for Coman when he mysteriously disappeared, but he can make amends with them, especially with Christmas fast approaching. However, when his sister learns of the disappearance of his neighbour's son, she volunteers Kylem to help find him. Kylem is a little reluctant to take on the investigation, though. Peter Jolley is an unusual lad with Autism. Brilliant in many respects, he has been trying to convince those around him that Kylem is an alien. Ironically, he's right, but that doesn't help. Fortunately for Kylem, everybody seems to be writing his rantings off as the ramblings of a child who isn't quite right in the head.

With little enthusiasm for the task, Kylem begins his enquiries and soon realises that Peter's ramblings are more than that. The boy knows a lot more about Kylem and his past than he's letting on—even knowing the Sallow language. But how? Coman can be the only link, but Coman is dead. Are their disappearances connected?

The adventure continues in the fifth book!